In the early 1990s, consumers began to experience digital TV technology as service providers were able to transmit significantly more Television channels while utilizing the same amount of bandwidth as analog TV. New service offerings emerged such as direct broadcast satellite TV and digital cable TV, increasing the options available to consumers from a few to hundreds of channels. In the early 2000s, a second wave of digital video technology (IPTV) hit the market as Telcos, attempting to defend against voice, data and video service bundles offered by cable operators, launched television services delivered over their broadband networks.

For the past 20 years, Minerva has been working passionately to transform the television experience. As an IPTV pioneer, we have built the foundations for the next-generation of television. Our recent acquisition of TOK.tv, with its leading artificial intelligence and communication technologies, has propelled us forward, and we are now uniquely positioned to shape the future of television. Together with our partners, leading operators and broadcasters, we are changing the way millions of people entertain and inform themselves, leading to a better and more united world. 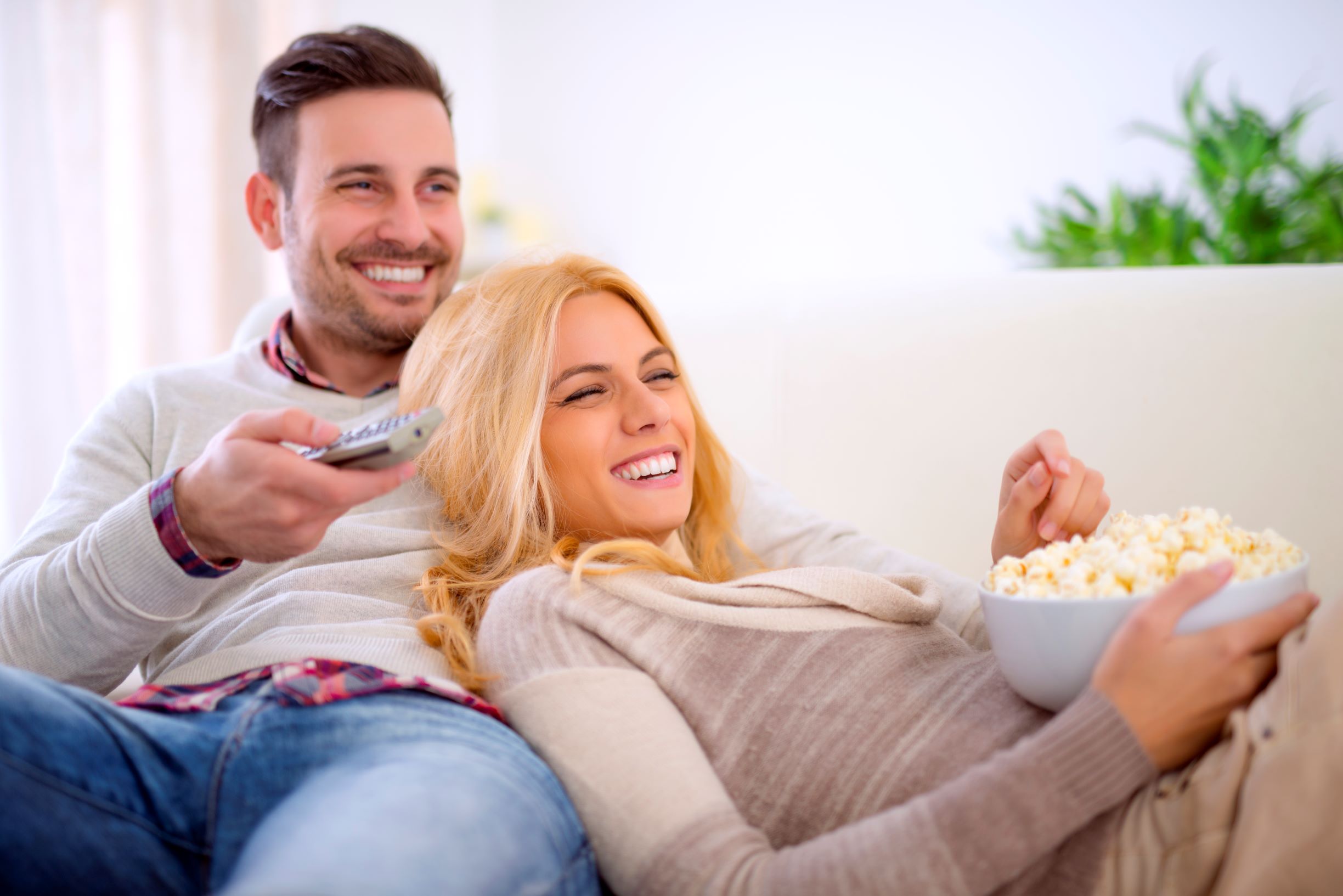 Minerva’s goal is to help consumers find the best content and then enjoy it just the way they like it, on their own or together with the people they love, no matter where they are

Watch Together enables subscribers to share and enjoy live programming with friends and family, from anywhere and at any time. The addition of Smart Highlights allows users to control how they watch sports. Choose your customized highlight reel based on length of time, player, or type of play.

The integration of TOK.tv with the Minerva platform enables the experience of sharing and watching live programming together with family and friends. Also, new smart recording functionality automatically generates personalized highlights of sporting events, providing an efficient and unique viewing experience

The turnkey cloud service includes live, on demand and time shifted video services as well as a full range of applications for both set-top boxes and popular consumer devices

The Minerva 10 platform powers Cablevisión’s Flow, a full suite of next-generation television services. The offering is rapidly embraced by more than 1 million subscribers

Minerva releases Minerva 10, a next generation platform architected to enable the delivery of a highly personalized entertainment experiences to millions of subscribers

Mauro Bonomi is Minerva’s Founder, Chairman and Chief Executive Officer. Prior to founding Minerva, Mauro was Vice President of Marketing at C-Cube Microsystems. Bonomi has contributed heavily to the adoption of digital video technology in the consumer and communications markets. Mauro holds Master’s Degrees in both Electrical Engineering and Management from Stanford University and received an Undergraduate Degree with Honors in Electrical Engineering from Pavia University in Italy.

Dr. Fritsch joined Minerva Networks shortly after its inception. In his previous position at C-Cube Microsystems, he headed the company’s MPEG decoder product development, and contributed to the development of its core MPEG encoding algorithms. Dr. Fritsch worked as a Staff Scientist at Alcatel Business Systems, focusing on speech recognition, speech compression and digital acoustic echo canceling. Dr. Fritsch holds a Ph.D. in Computer Science and Signal Processing from the University of Nancy in France. 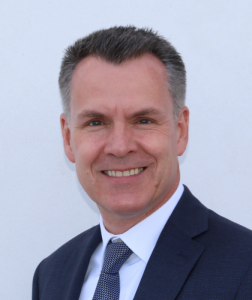 Mike has provided financial stewardship at Silicon Valley companies for over 25 years. Prior to joining Minerva, Davies held executive levels positions with Kumu Networks, Cohere Technologies, Entrisphere (acquired by Ericsson), and California Accessories. He also led the finance function for multiple wireline product divisions at Ericsson. In his spare time, Davies volunteers as the treasurer of the San Francisco Bay Chapter of the National Speleological Society. Davies holds a B.Sc. in Mathematical Sciences from the University of Durham in the UK.

Todd Clayton has more than 25 years of experience in selling to leading service providers worldwide. He has a proven track record of increasing revenue by securing new strategic accounts and effectively managing existing partnerships. Clayton originally joined Minerva as Vice President of Strategic Sales and was promoted to Chief Commercial Officer in the Spring of 2019. Previously Todd held executive positions at Zest Labs, Pace and 2 Wire. Clayton has a Bachelor of Arts Degree in Business Finance from San Diego State University and served for 4 years as a member of the United Sates Navy Sea, Air and Land (SEAL) Teams.

When TOK.tv joined Minerva Networks, Fabrizio became its Chief Innovation Officer. As the CEO of TOK.tv, Capobianco established the company as the leading social network in sports. He serves as Chairman of Funambol, the leading personal cloud provider, which he founded in 2002. In 1994, he founded the first Web Company in Italy, Internet Graffiti. Capobianco has a Ph.D. in Computer Science and is a Knight of the Italian Republic.

Chuck Morris has over 20 years of experience in building engineering teams and developing software and systems products in the networking and video space. Prior to joining Minerva, Morris held VP of Engineering roles at Pie Digital, Omneon, and Venturi Wireless. Morris holds a MS Degree in Computer Science from the University of Massachusetts and a BA in Business and Economics from Saint Anselm College.

Matt Cuson has over 20 years of experience in product marketing and business development. Prior to joining Minerva, Cuson held senior marketing positions at Adaptec, Logitech, and Dolby, and worked four years internationally with Hewlett-Packard. Cuson has a Bachelor of Science Degree in Management Science from the University of California, San Diego.

Prior to joining Minerva in October 2000, Andy Crowe held the position of Principal Architect in Harmonic Inc.’s Digital Systems Division. Crowe has over 25 years of experience in digital video compression and video networking. Crowe holds a Master’s Degree in Electrical Engineering from Stanford University and a Bachelor of Engineering Degree from Dartmouth College.

Randy Osborne is an industry veteran, with more than 30 years of sales and technology leadership experience. Originally joining Minerva Networks in 1998 as the Vice President of Worldwide Sales, Randy has again rejoined the team at the beginning of 2018. Previously, Osborne held VP positions at TiVo, FutureDial, and Venturi Wireless. A native to the San Francisco Bay Area, Osborne holds a BS in Business Administration & Computer Science from California State University, Sacramento.

Marco Bonomi has over 10 years of experience in the networking, telecommunications and video industry. Prior to joining Minerva, Marco held product management positions at Global Crossing. Marco holds both a Bachelor’s and Master’s Degree in Telecommunication Engineering from Milan Polytechnic University.

Michael Bransch has over 20 years of sales experience in the telecommunications and video space. Prior to joining Minerva in 2001, Bransch sold industry leading digital video processing platforms to the government, advertising and education industries. Bransch has a Master’s Degree in Information Technology and a Bachelor’s Degree in Audio and Video Production from Michigan State University.

John Campos joined the Minerva Networks team in January of 2000, bringing with him 25 years of experience in the manufacturing and material management industry. Prior to Minerva, Campos has held positions at high-tech companies including Therma Wave, Scitex Digital Video, and Pinnacle Systems as VP of Manufacturing. Campos was promoted to VP of Operations at Minerva in February of 2006, undertaking additional responsibilities such as managing Human Resources, IT, and facilities.

Mauro Bonomi is Minerva’s Founder, Chairman and Chief Executive Officer. Prior to founding Minerva, Mauro was Vice President of Marketing at C-Cube Microsystems. Bonomi has contributed heavily to the adoption of digital video technology in the consumer and communications markets. Mauro holds Master’s Degrees in both Electrical Engineering and Management from Stanford University and received an Undergraduate Degree with honors in Electrical Engineering from Pavia University in Italy.

Irwin Federman, who joined USVP as a General Partner in April 1990, was President and CEO of Monolithic Memories, Inc. from 1978 to 1987. MMI was a startling turnaround. Under Irwin’s leadership, the Company grew from virtual bankruptcy to $250 million in revenues during his nine-year tenure as CEO. After becoming a public company, MMI merged with AMD, of which Irwin became Vice Chairman. Irwin was also two-term Chairman of the Semiconductor Industry Association, has served on the Board of Directors of the National Venture Capital Association and served two terms on the Dean’s Advisory Board of Santa Clara University. As CEO at Monolithic Memories, Irwin initiated MMI investments in such highly successful venture capital start-ups as Altera, Cypress Semiconductor and Xilinx. As a professional venture capitalist, Irwin was a founding or lead investor in Blue Martini, Check Point Software Technologies, Centillium Communications, Crescendo Communications, MMC Networks, NeoMagic, Netro, Nuance Communications, QuickLogic, SanDisk, and TelCom Semiconductor. Irwin has been the founding or lead investor in a number of high-potential, high-profile early-stage venture capital investments, including BeVocal, ON24, and Mellanox, among others. He has been the recipient of the Anti-Defamation League’s Torch of Liberty Award and the Brotherhood Award from the National Conference of Community and Justice. In 2004, Irwin was inducted into Junior Achievement’s Silicon Valley Hall of Fame. Irwin received a B.S. in Economics from Brooklyn College and was awarded an Honorary Doctorate of Engineering Science from Santa Clara University.

Chris Bowick joined the board in December, 2013. Mr. Bowick currently serves as President of The Bowick Group, LLC, where he provides strategic advice to clients in the cable television and telecommunications industry. From 2000 to 2009, Mr. Bowick served as Cox Communications’ Senior Vice President of Engineering & Chief Technical Officer. Prior to his tenure at Cox, Mr. Bowick also served as Group Vice President, Technology & Chief Technical Officer for Jones Intercable, Inc., as well as President of Jones Futurex, a designer and manufacturer of triple DES, PC-based hardware encryption devices. Mr. Bowick has also served as Vice President of Engineering for Scientific Atlanta’s Transmission Systems Business Division, and served on the Board of Directors of ViXS Systems, acquired by Pixelworks. Mr. Bowick holds a BEE from Georgia Institute of Technology, and an MBA from the University of Colorado.

Sebastiano Tevarotto has over 25 years of experience in the IT, Telecommunications and Media industries. In most recent years, Tevarotto joined boards of startup companies to help them strengthen operations and accelerate growth in areas such as real time databases, advertising, video processing and mobile services. Previously, he was Vice President and General Manager of the Communications, Media & Entertainment Business at HP. Sebastiano holds a degree in Electrical Engineering from the University of Padova, Italy and a Young Managers Program Diploma at INSEAD, Fontainebleau, France.