THE TEAM BEHIND MINERVA

Mauro Bonomi is Minerva’s Founder, Chairman and Chief Executive Officer. Prior to founding Minerva, Mauro was Vice President of Marketing at C-Cube Microsystems. Bonomi has contributed heavily to the adoption of digital video technology in the consumer and communications markets. Mauro holds Master’s Degrees in both Electrical Engineering and Management from Stanford University and received an Undergraduate Degree with Honors in Electrical Engineering from Pavia University in Italy.

Dr. Fritsch joined Minerva Networks shortly after its inception. In his previous position at C-Cube Microsystems, he headed the company’s MPEG decoder product development, and contributed to the development of its core MPEG encoding algorithms. Dr. Fritsch worked as a Staff Scientist at Alcatel Business Systems, focusing on speech recognition, speech compression and digital acoustic echo canceling. Dr. Fritsch holds a Ph.D. in Computer Science and Signal Processing from the University of Nancy in France.

A longtime member of the Minerva executive team, John Doerner has over 30 years of experience in working with both public and private Silicon Valley firms, including Altos Computer Systems, where he served as Chief Financial Officer. Doerner has a Bachelor of Science Degree in Accounting from the University of Colorado and is a Certified Management Accountant.

Todd Clayton has more than 25 years of experience in selling to leading service providers worldwide. He has a proven track record of increasing revenue by securing new strategic accounts and effectively managing existing partnerships. Todd originally joined Minerva as Vice President of Strategic Sales and was promoted to Chief Commercial Officer in the Spring of 2019. Previously Todd held executive positions at Zest Labs, Pace and 2 Wire. Mr. Clayton has a Bachelor of Arts Degree in Business Finance from San Diego State University and served for 4 years as a member of the United Sates Navy Sea, Air and Land (SEAL) Teams. 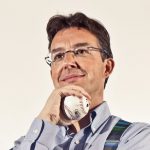 When TOK.tv joined Minerva Networks, Fabrizio became its Chief Innovation Officer. As the CEO of TOK.tv, he established the company as the leading social network in sports. He serves as Chairman of Funambol, the leading personal cloud provider, which he founded in 2002. In 1994, he founded the first Web Company in Italy, Internet Graffiti. Fabrizio has a Ph.D. in Computer Science and is a Knight of the Italian Republic.

Chuck Morris has over 20 years of experience in building engineering teams and developing software and systems products in the networking and video space. Prior to joining Minerva, Morris held VP of Engineering roles at Pie Digital, Omneon, and Venturi Wireless. Morris holds a MS Degree in Computer Science from the University of Massachusetts and a BA in Business and Economics from Saint Anselm College. 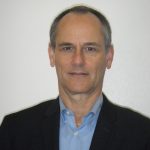 Matt Cuson has over 20 years of experience in product marketing and business development. Prior to joining Minerva, Matt held senior marketing positions at Adaptec, Logitech, and Dolby, and worked four years internationally with Hewlett-Packard. Cuson has a Bachelor of Science Degree in Management Science from the University of California, San Diego.

Prior to joining Minerva in October 2000, Andy Crowe held the position of Principal Architect in Harmonic Inc.’s Digital Systems Division. Crowe has over 25 years of experience in digital video compression and video networking. Andy holds a Master’s Degree in Electrical Engineering from Stanford University and a Bachelor of Engineering Degree from Dartmouth College.

Randy Osborne is an industry veteran, with more than 30 years of sales and technology leadership experience. Originally joining Minerva Networks in 1998 as the Vice President of Worldwide Sales, Randy has again rejoined the team at the beginning of 2018. Previously, Osborne held VP positions at TiVo, FutureDial, and Venturi Wireless. A native to the San Francisco Bay Area, Osborne holds a BS in Business Administration & Computer Science from California State University, Sacramento.

Marco Bonomi has over 10 years of experience in the networking, telecommunications and video industry. Prior to joining Minerva, Marco held product management positions at Global Crossing. Marco holds both a Bachelor’s and Master’s Degree in Telecommunication Engineering from Milan Polytechnic University.

Michael Bransch has over 20 years of sales experience in the telecommunications and video space. Prior to joining Minerva in 2001, Michael sold industry leading digital video processing platforms to the government, advertising and education industries. Michael has a Master’s Degree in Information Technology and a Bachelor’s Degree in Audio and Video Production from Michigan State University.

John Campos joined the Minerva team in January of 2000. John has over 25 years of experience in operations and logistics management. Prior to Minerva, Campos held senior manufacturing positions at Therma Wave, Scitex Digital Video and Pinnacle Systems.